Game over: former Trump Atlantic City casino where stars played goes out with a big bang 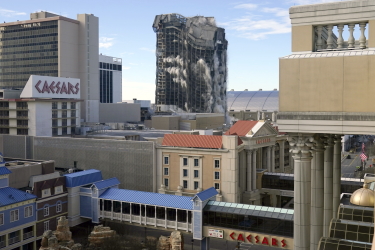 ATLANTIC CITY, N.J. — A spot on the Atlantic City Boardwalk where movie stars, athletes and rock stars used to party — and a future president honed his instincts for bravado and hype — was reduced to a dusty pile of rubble on Wednesday.