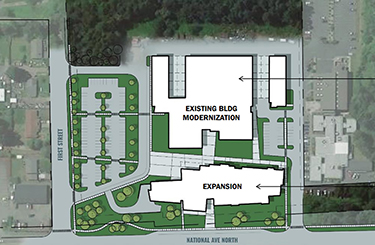 Central Kitsap School District awarded a progressive design-build contract to a team led by Andersen Construction and SKL Architects for improvements and additions to the West Sound Technical Skills Center in Bremerton. The contract is estimated at $75 million.

To read this story in full login or purchase a subscription.
﻿